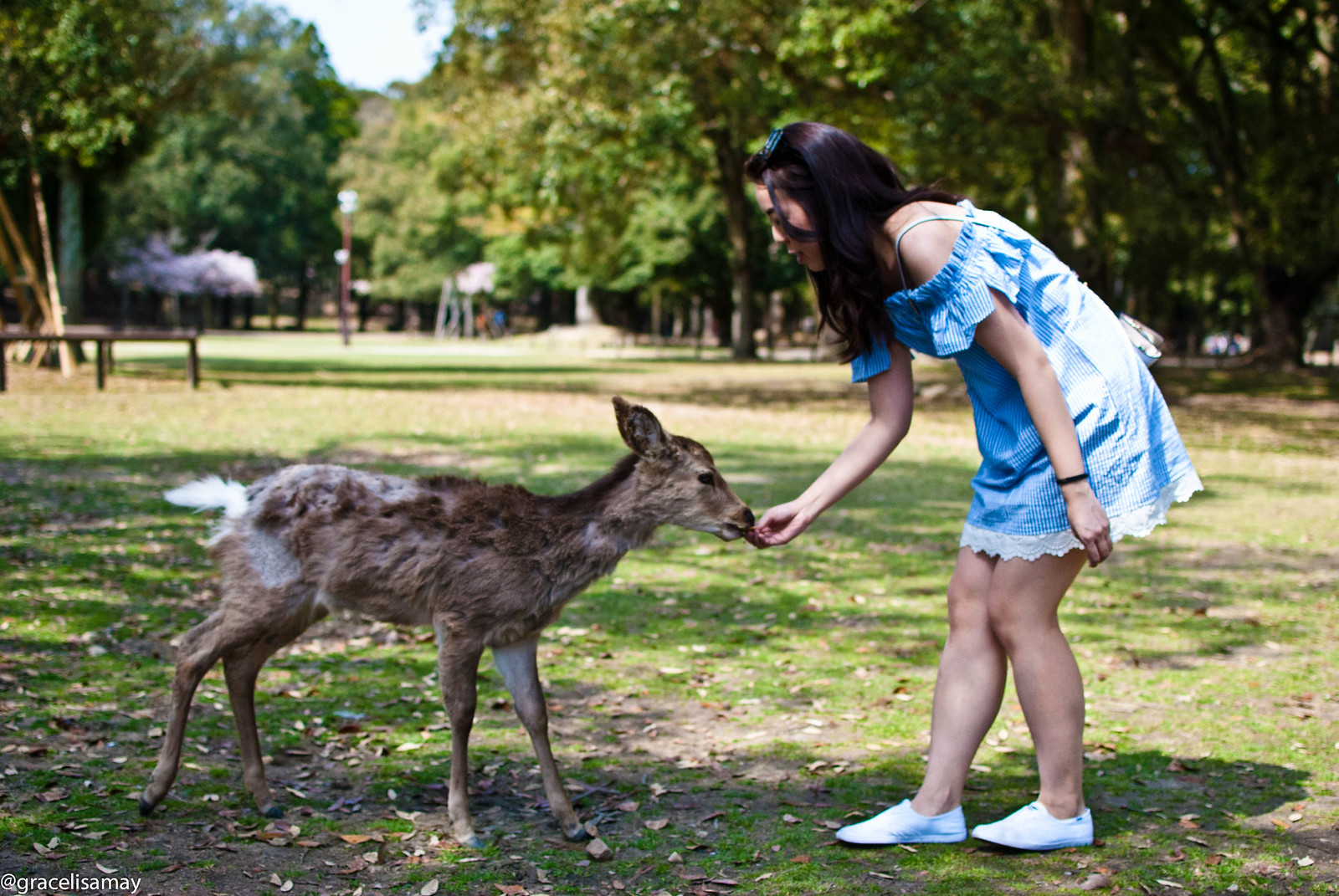 Not sure where in Toronto you can come super close or even feed a deer with absolutely no supervision but this totally happened when we were exploring one of the million things you can do in Japan. Spending the day at Nara Park was absolutely amazing and something we’ll probably not be able to do (at least as freely) unless we come back to Japan. I highly recommend you spend a good afternoon here to explore. Even if you’re not a huge fan of deer, the grounds of this park & greenery is enough to make you want to come back.

Below, we’ve included some tips & suggestions we thought might be useful. Instead of walking, we decided to rent a bike to explore the grounds!

Special thanks to my patient boyfriend for capturing these shots of me feeding deers!

ALSO READ – Things to do in Japan 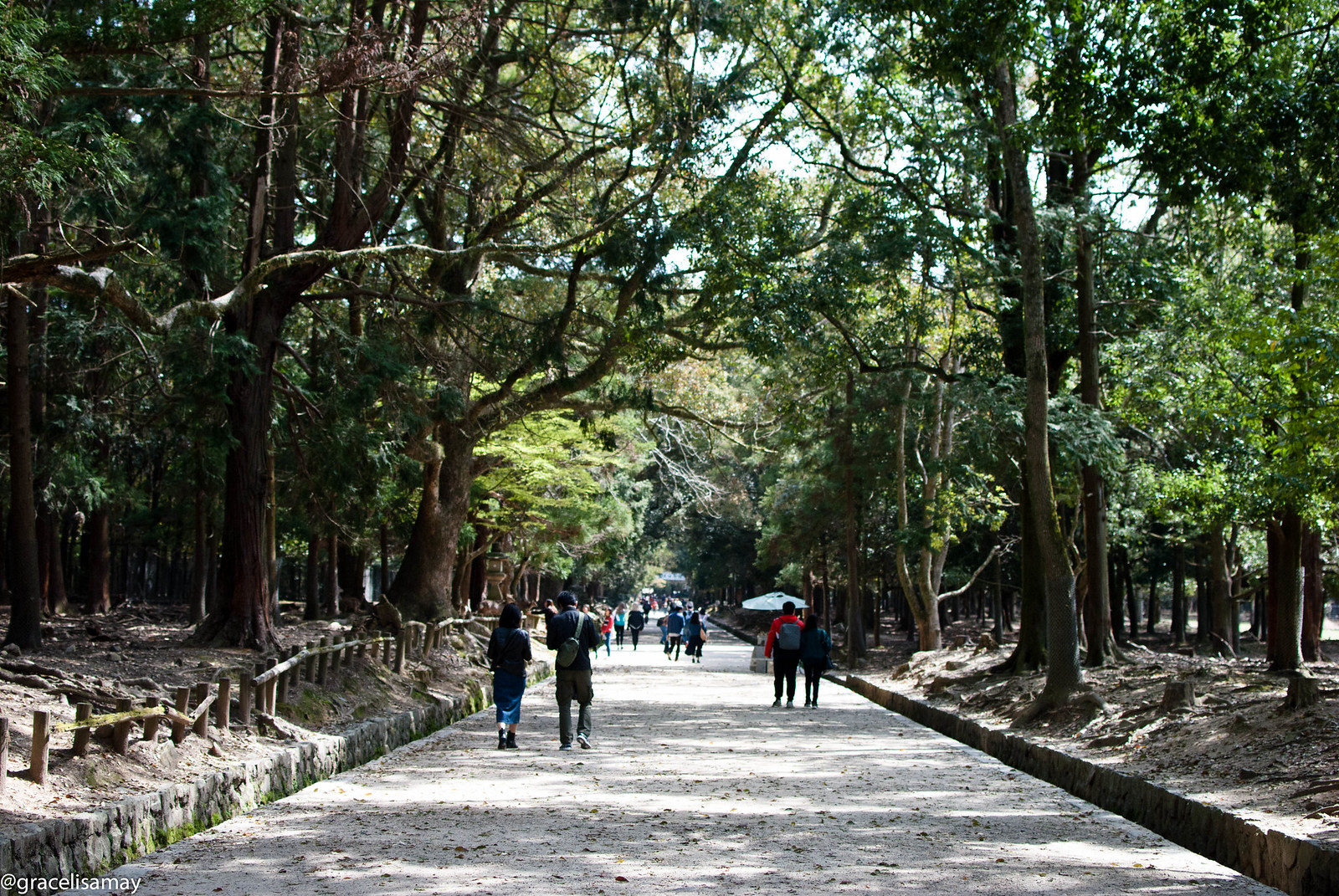 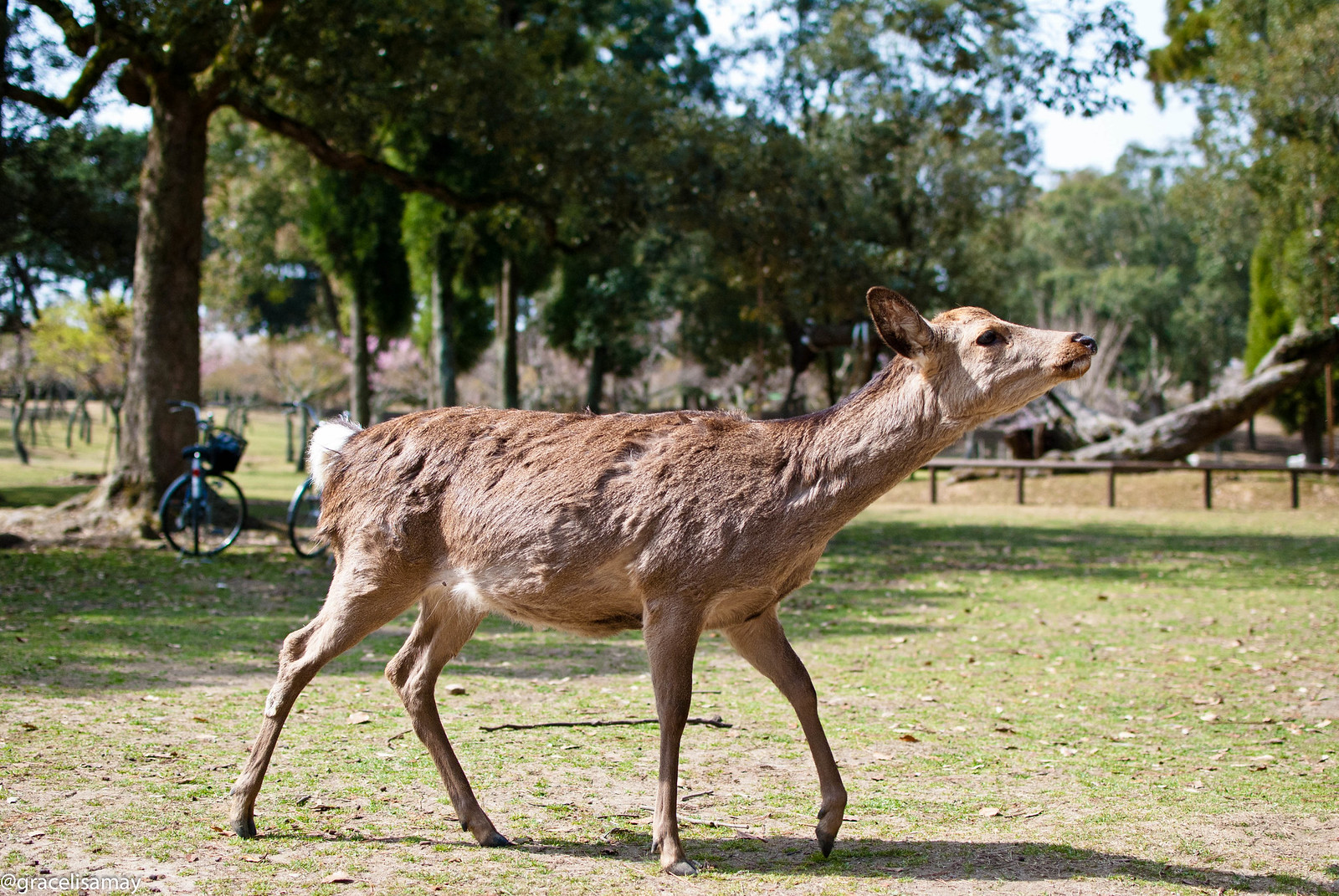 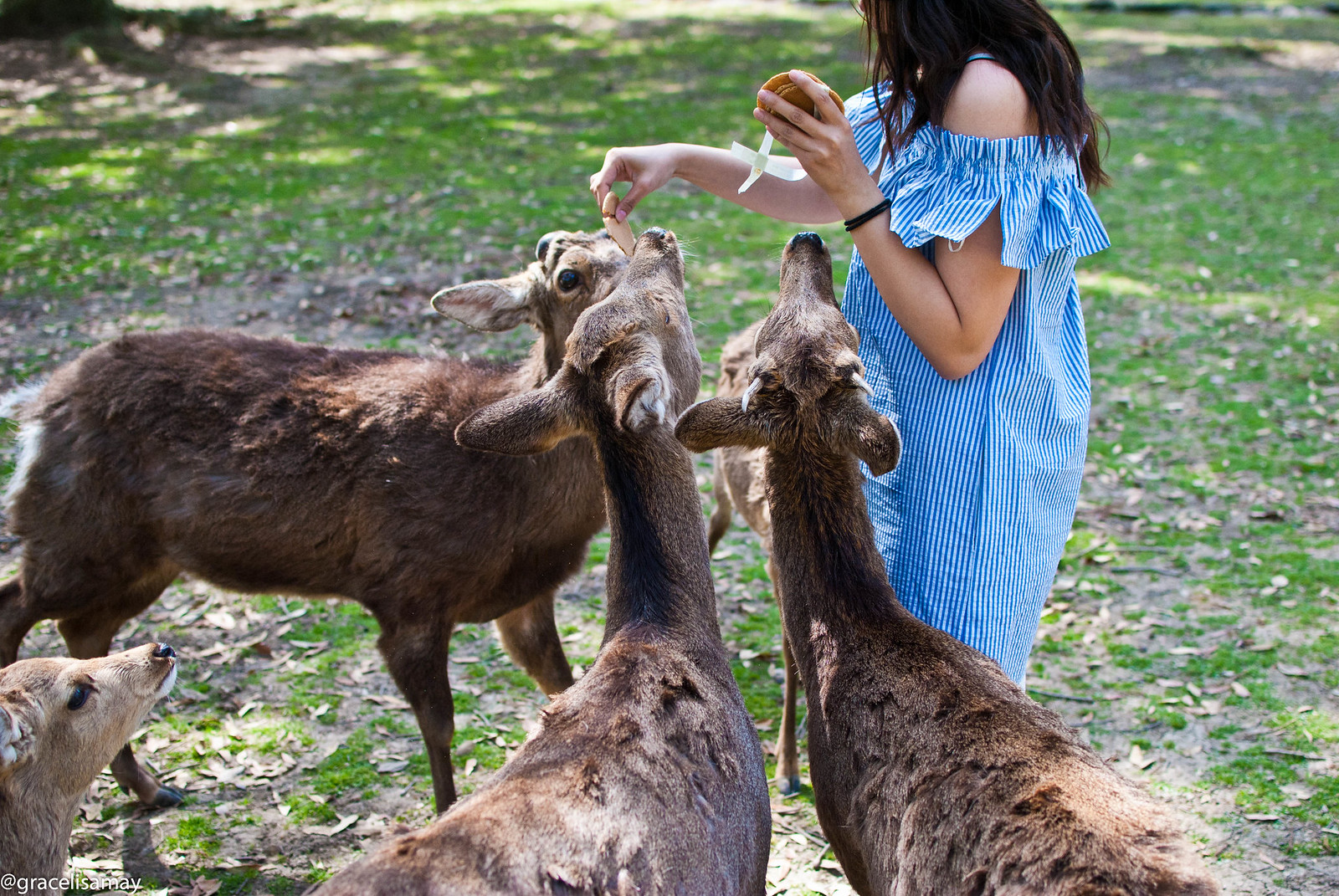 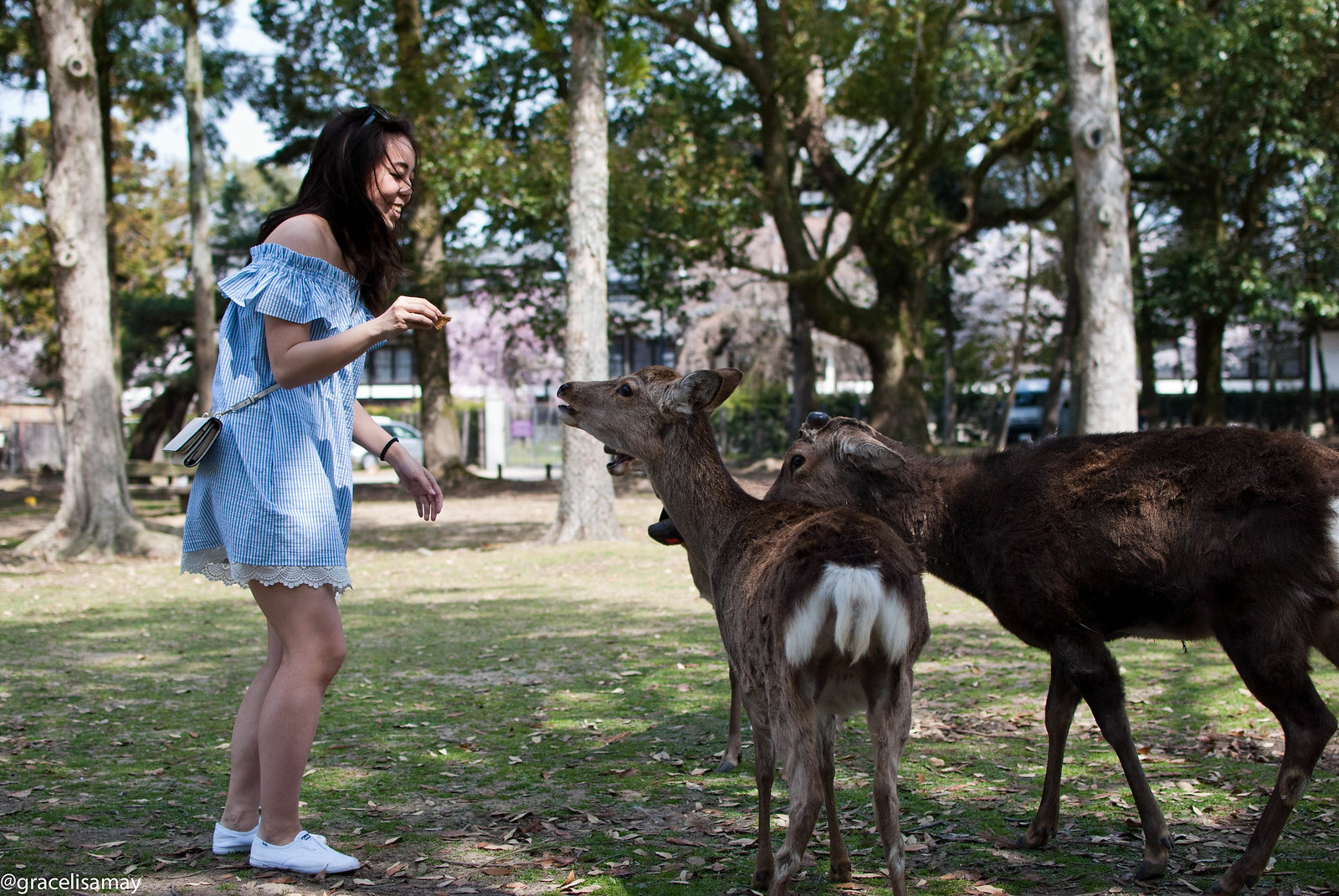 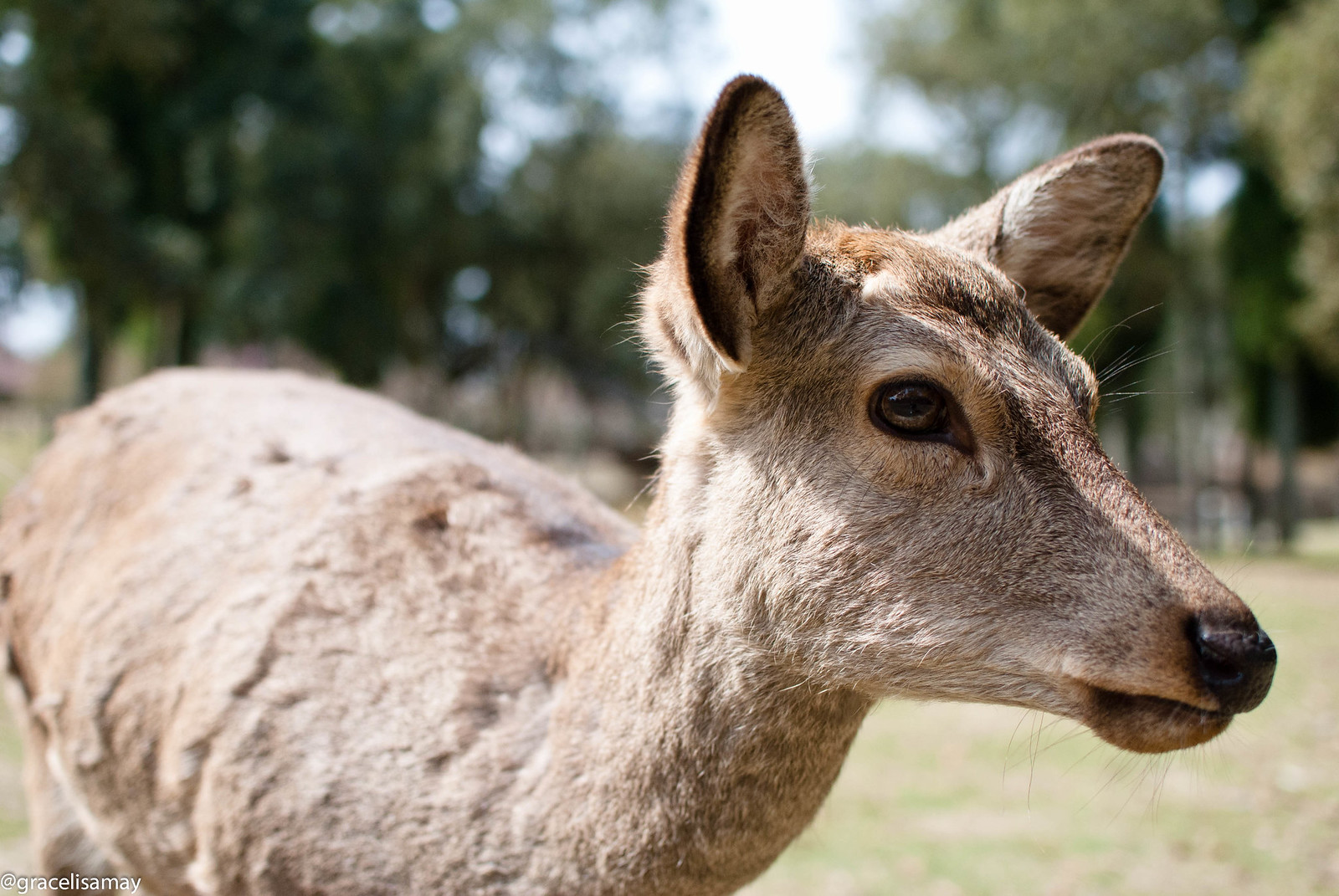 Arriving at Nara Park from Osaka

Why we decided to rent bikes?

We decided to rent bikes for numerous reasons and the main one being that we could explore deeper into the park with less people around. If you don’t arrive early enough, everywhere you turn  is packed with tourists. If you bike further along, you can spot a lot more deer with barely anyone around. The bike rentals were fairly cheap and costed us 1600YEN for two bikes for the day. The rentals were just off to the side of the Nara JR station. I don’t normally bike EVER but for the most part the ride to Nara Park was fairly flat. There was a point where I had to get off and walk the bike up for a couple minutes since it was quite steep (around the temple). Other then that, it was totally doable. We parked our bikes against the trees when we found a secluded area with lots of deer.

Once you enter the park, they have a few vendors selling deer cookies for 150YEN. We bought 2 packs and lets just say the deer LOVED the cookies and the wrappers that came with it. It was actually quite a lot of fun interacting with the deer – there were for the most part quite harmless so there’s no need to be scared of them. If you decide to buy a lot of cookies at once, I would suggest you not to leave them out but rather hide them in a bag until you decide to feed them with it.

Photography Credit: Photos of me by EY. The rest taken by yours truly!