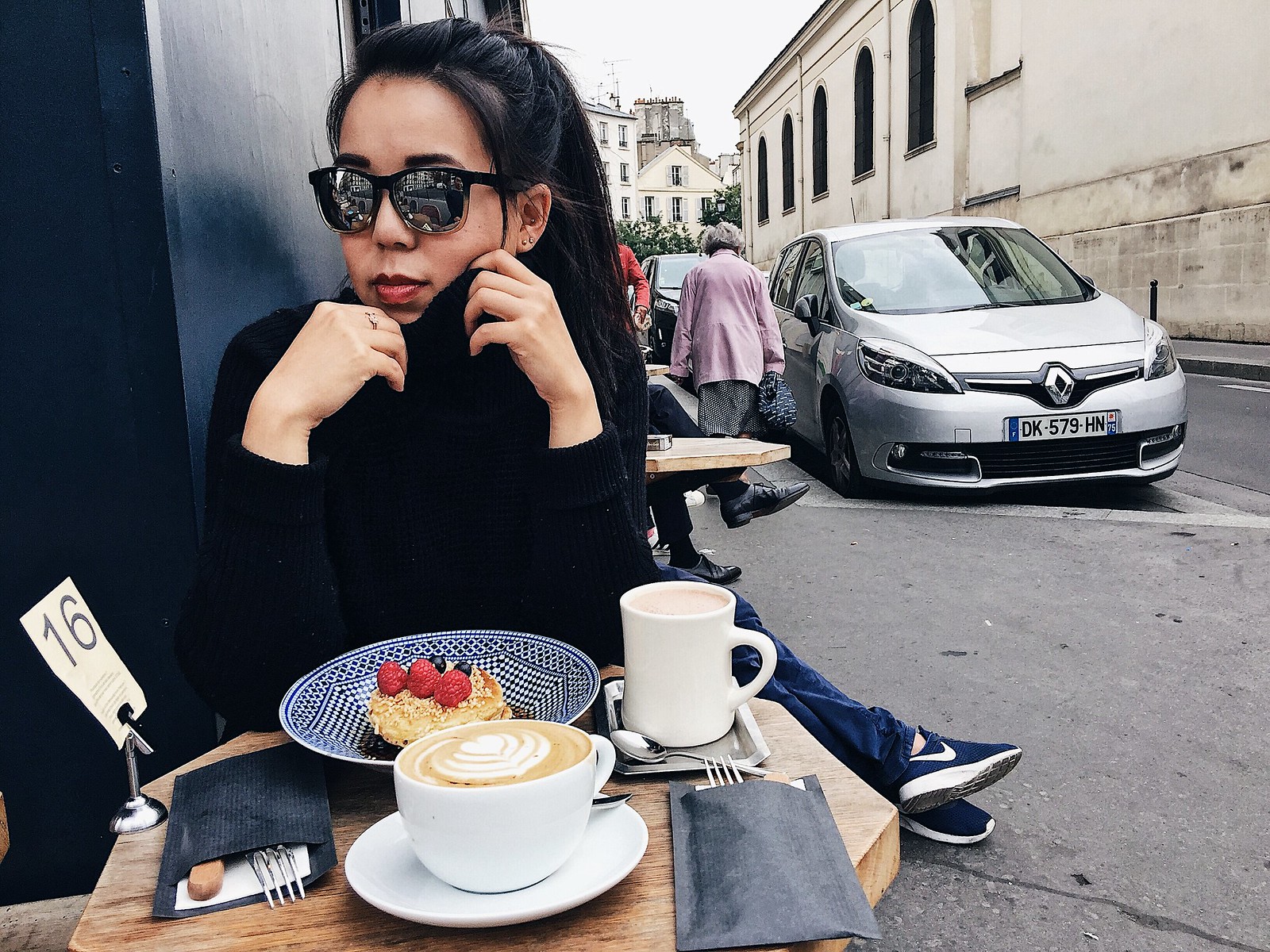 We spent  4 full days in Paris and ended up visiting a lot of the restaurants on our list. The foods in Paris were even better that how I imagined it to be. I wish we could have stayed in Paris for another week just to find more ‘hole in the wall’ type restaurants because the list here is endless!

We visited Le Petit Canard for dinner service for our first night in Paris and I’m so glad we didn’t have any delays coming into Paris otherwise I would have been so gutted. Le Petit Canard is a super small and cozy restaurant located in the 9th Arr. The owners here were really welcoming and were quick to offer us English menus upon arrival. If you want to try foie gras in Paris – this is the place to do so. The foie gras plate is served 3 kinds. I was quite excited about their duck offerings and wanted to try something other than ‘Duck Confit’. We opted for there Aiguillettes and Ze famous Duck a l’orange. The dishes looked simple but it was cooked and prepared really well. Reservations are accepted. 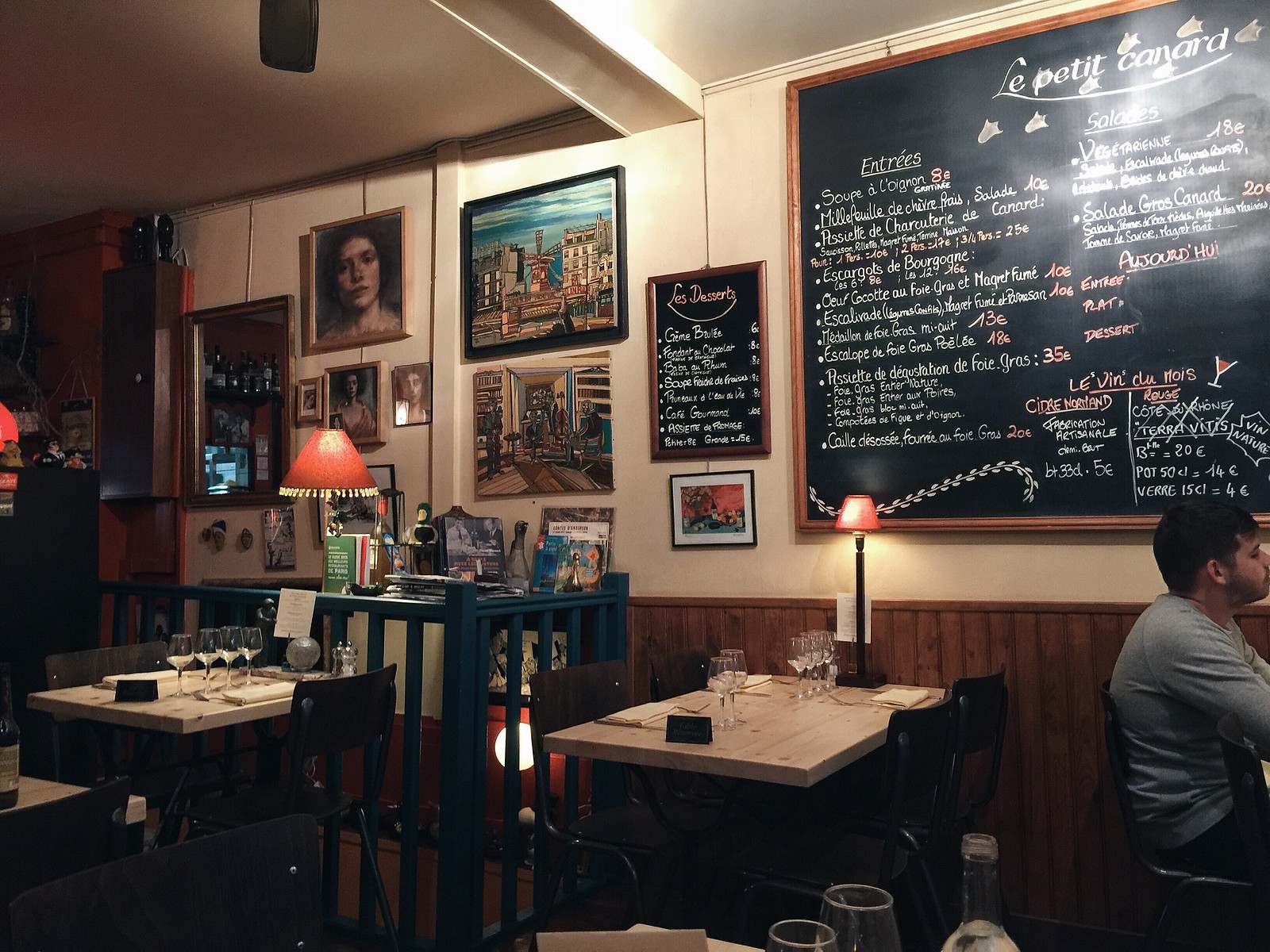 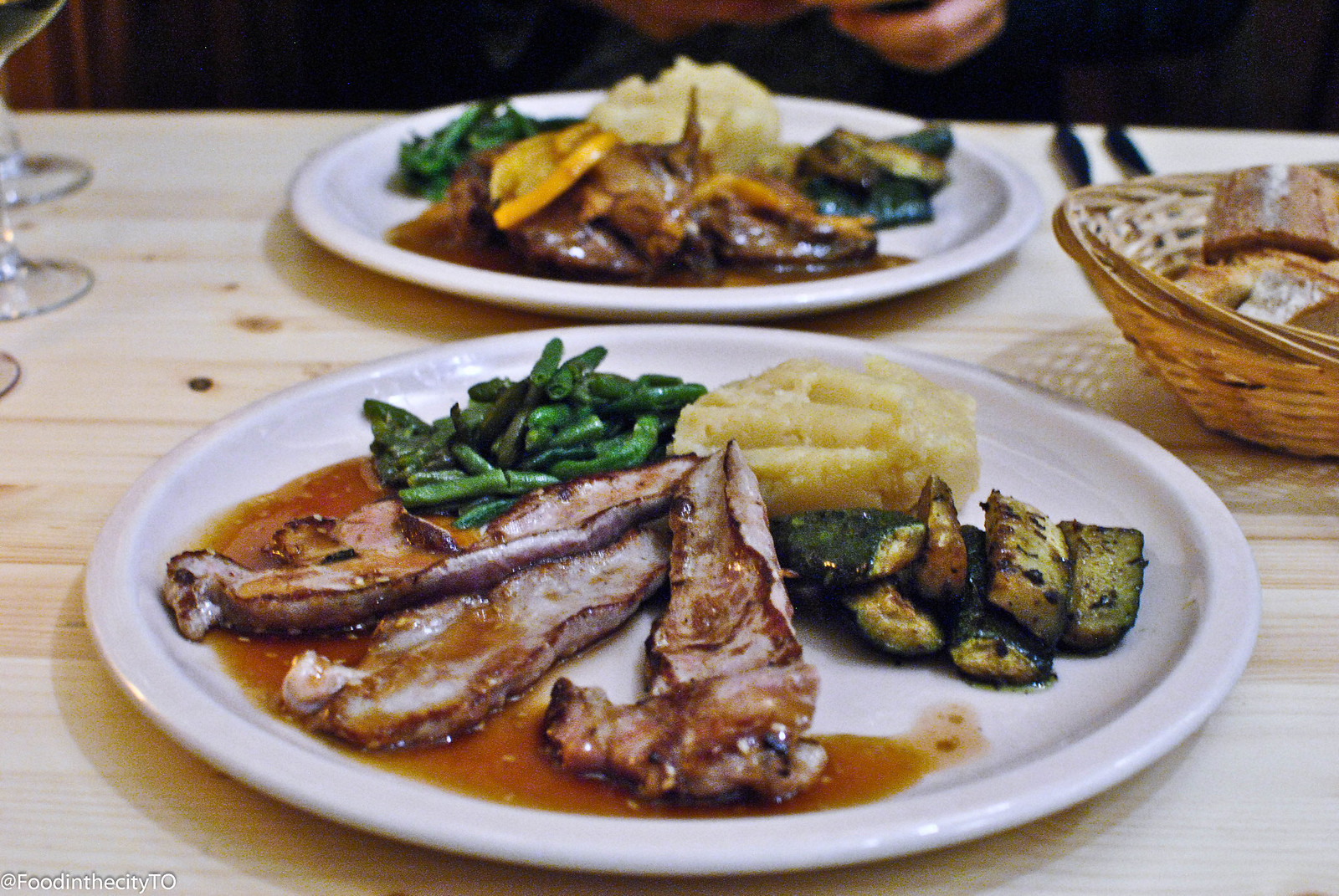 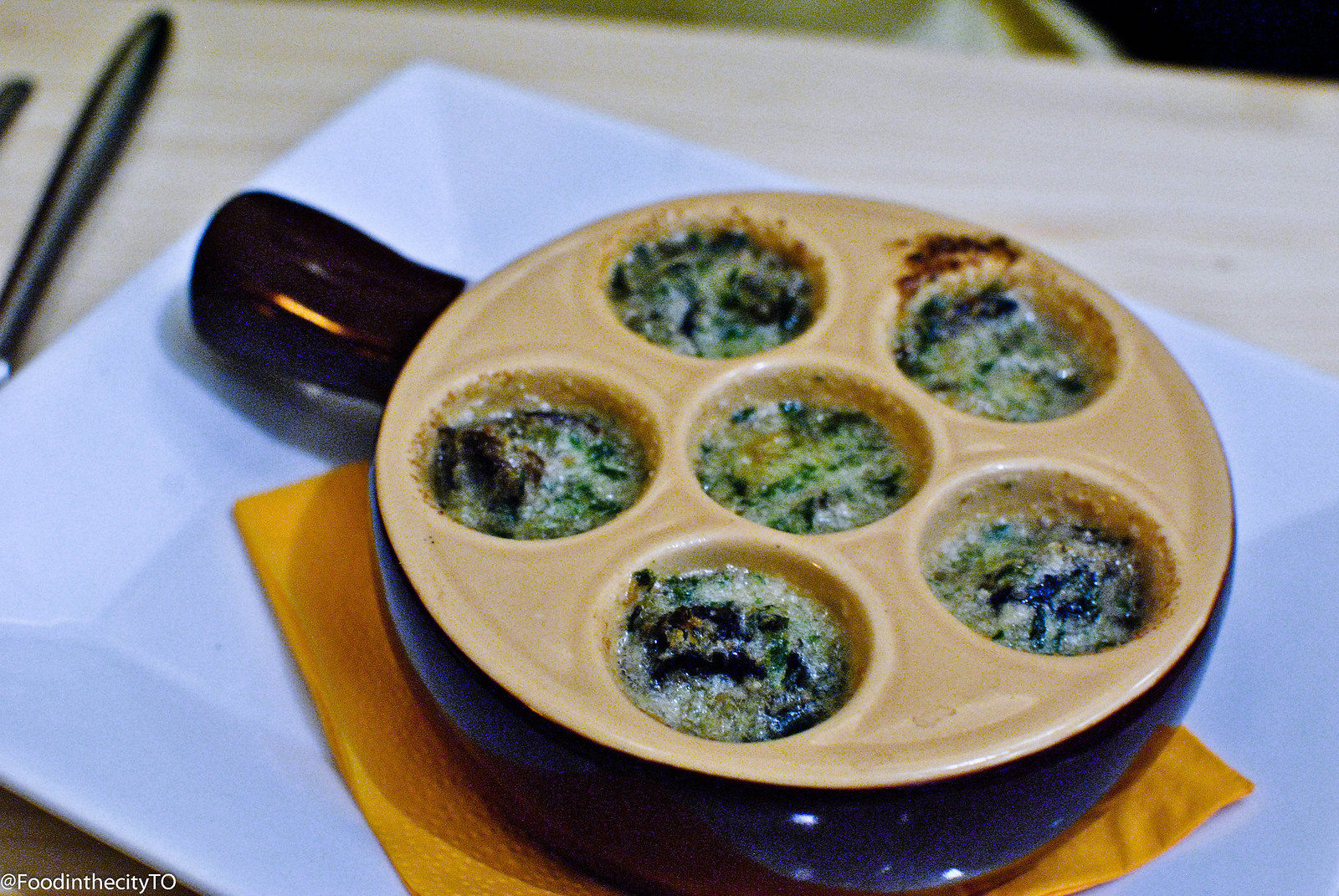 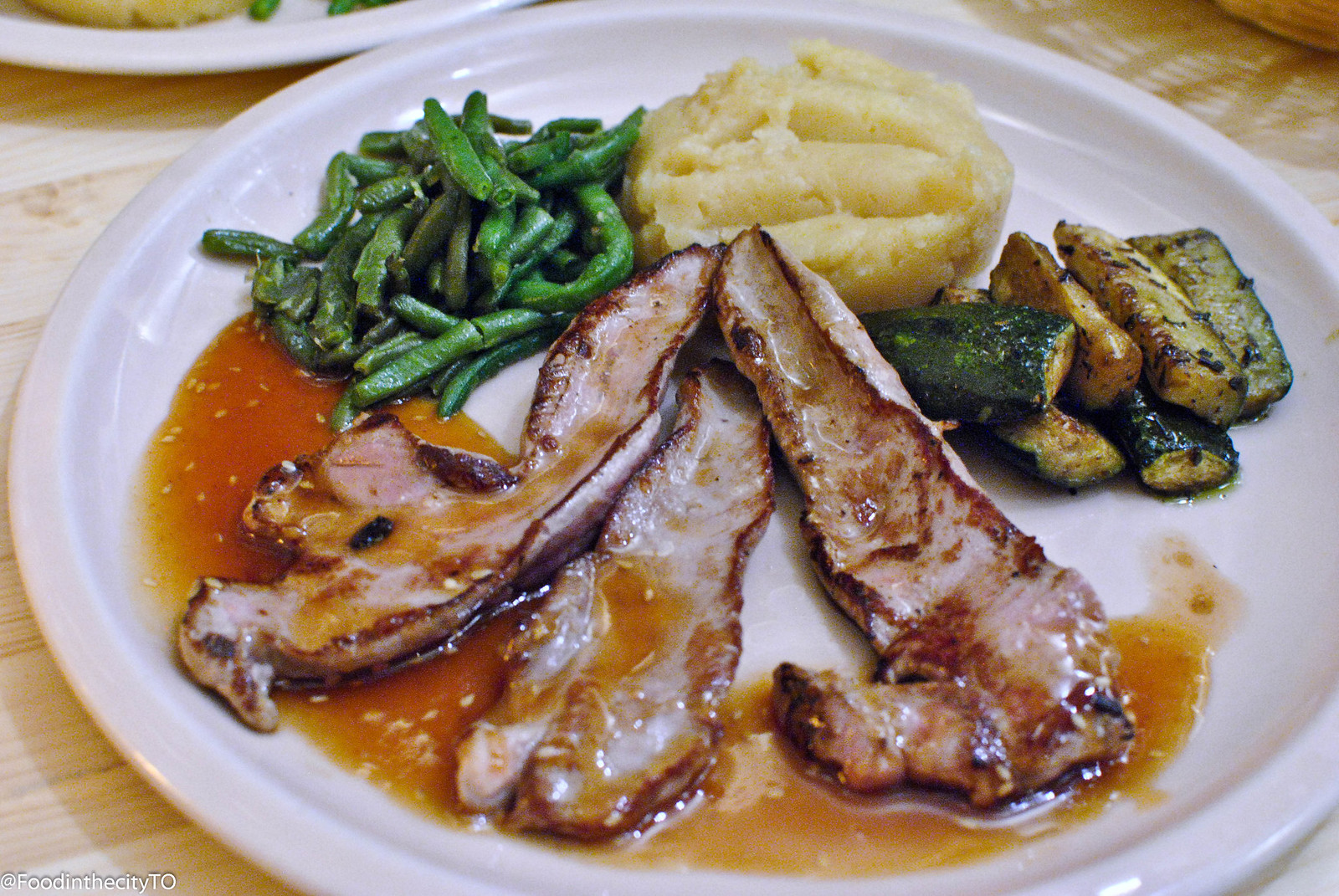 We decided to splurge at a higher price point restaurant for our anniversary and we couldn’t have asked for a better experience. We found Le Beouf Volant from a food blog for best steaks in Paris. Located only steps away from our hotel (Hotel le Trente), we headed there for a very late dinner around 10:45pm or so, to find that the small restaurant was still very lively and happening on a Tuesday evening. Once we finally made it inside, we realized the restaurant was incredibly packed – to the point that tables needs to be pulled out in order to let guests sit on the inside booths.  I personally thought it was an interesting experience. Our server and the chef were the only two people serving the entire restaurant but we didn’t feel that service was lacking. Our server was quick and attentive. In terms of the steak, it was probably one of the best we had. We try 4 different cuts. If you’re down for a local experience and a good night out, this is the place to be. 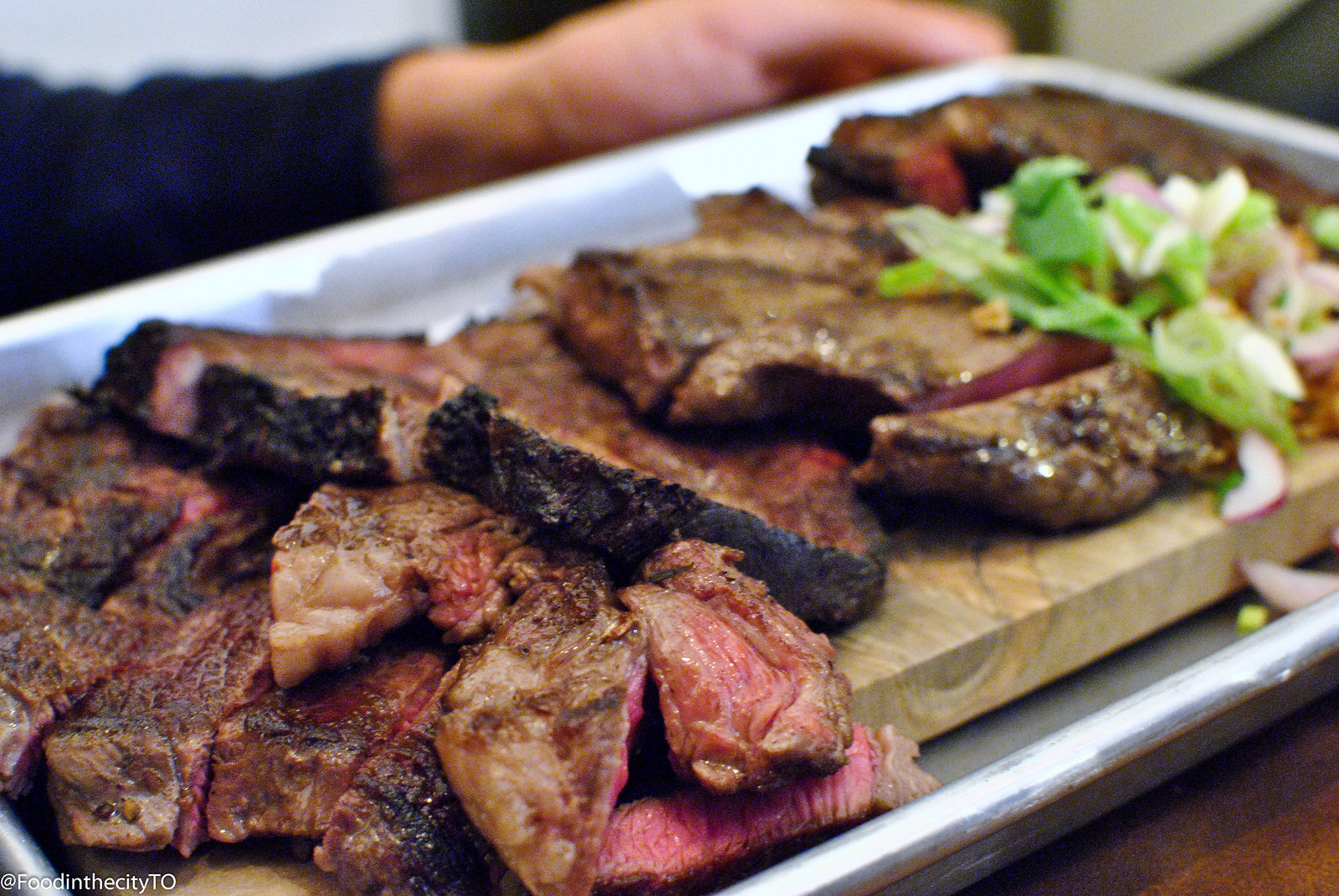 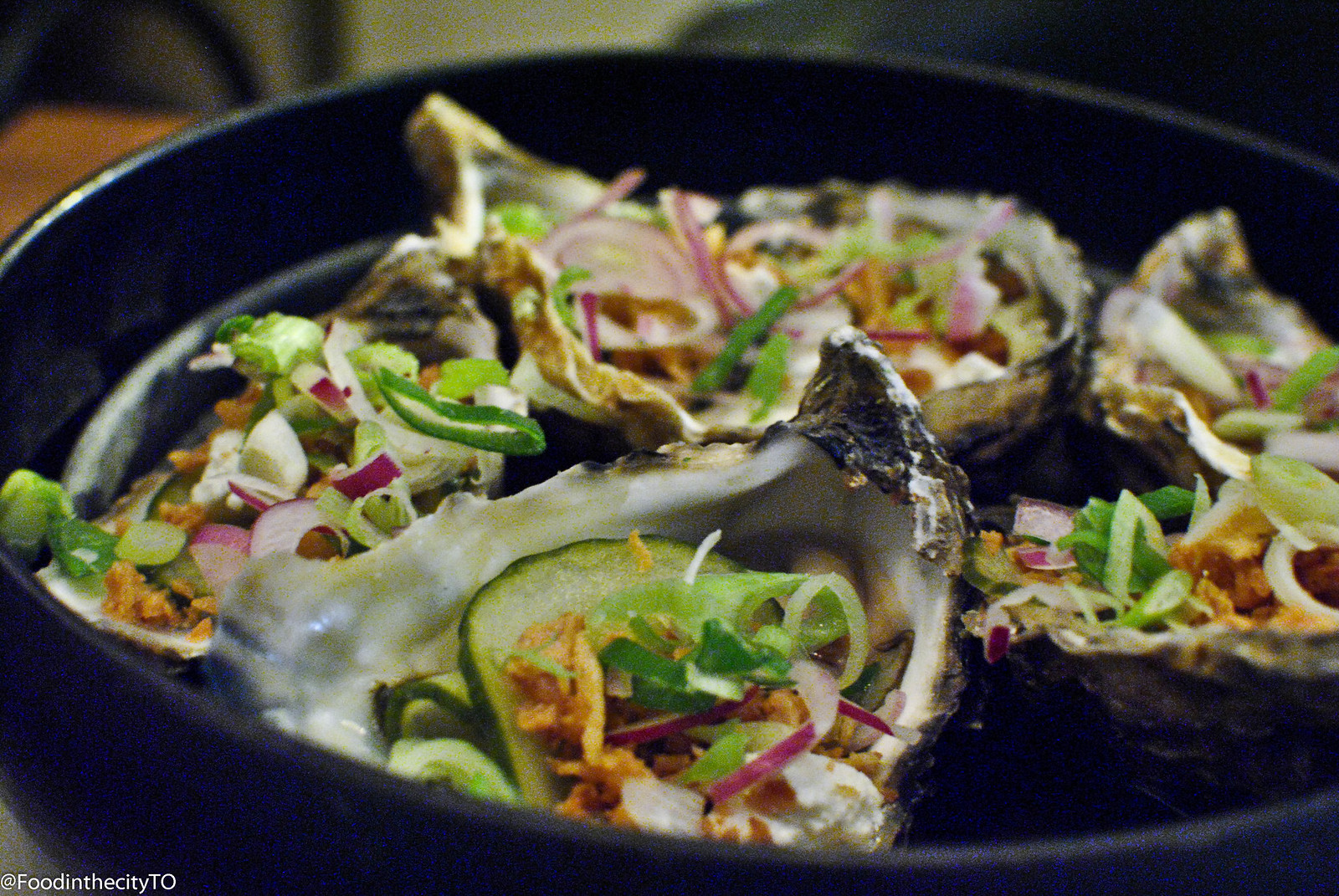 If you fancy some mussels, I recommend Leon de Bruxelles which is a chain restaurant with multiple locations across Paris. They have an extensive mussels menu prepared for mussel lovers to eat their heart out. We opted for a their baked mussels and mussels in a casserole. 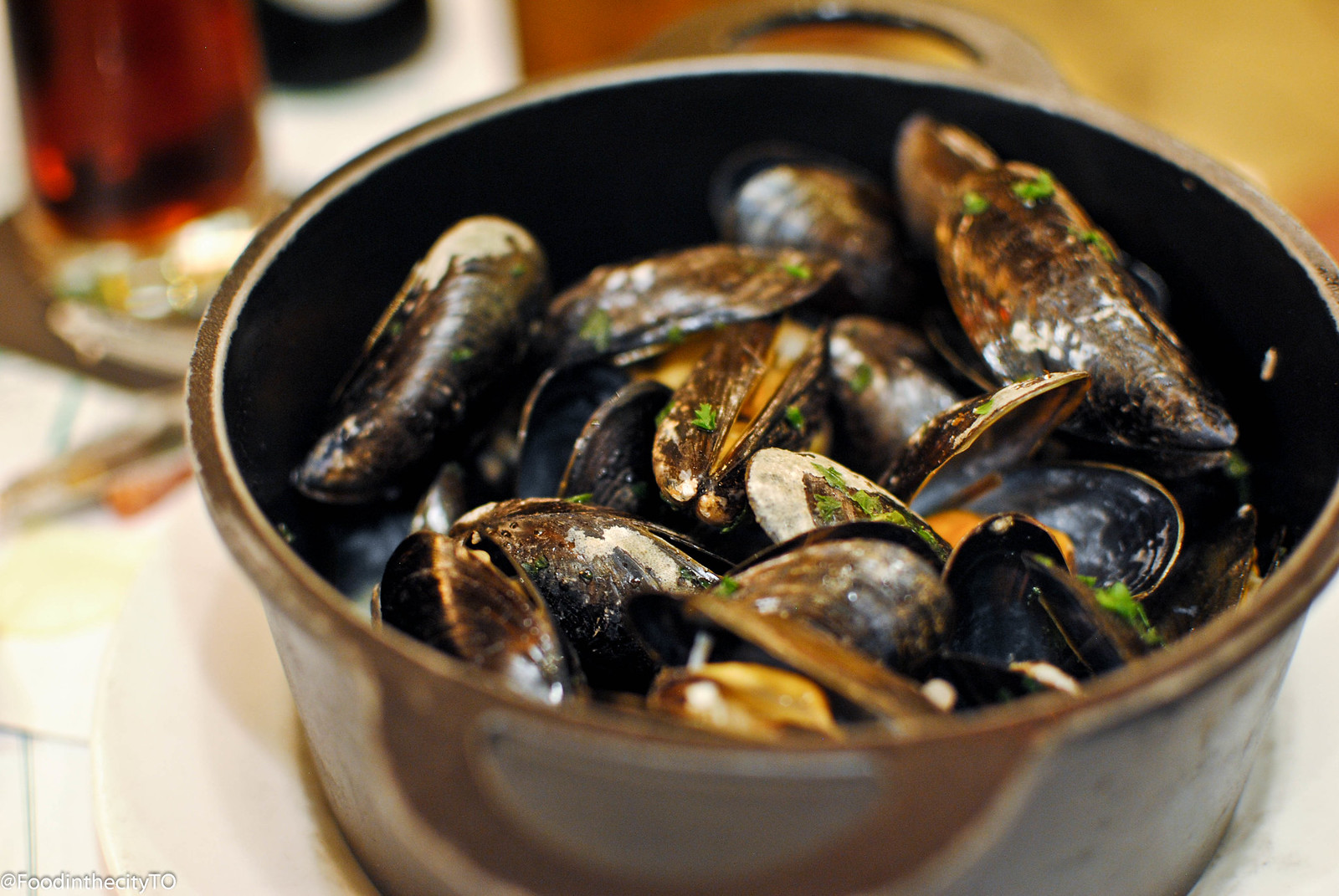 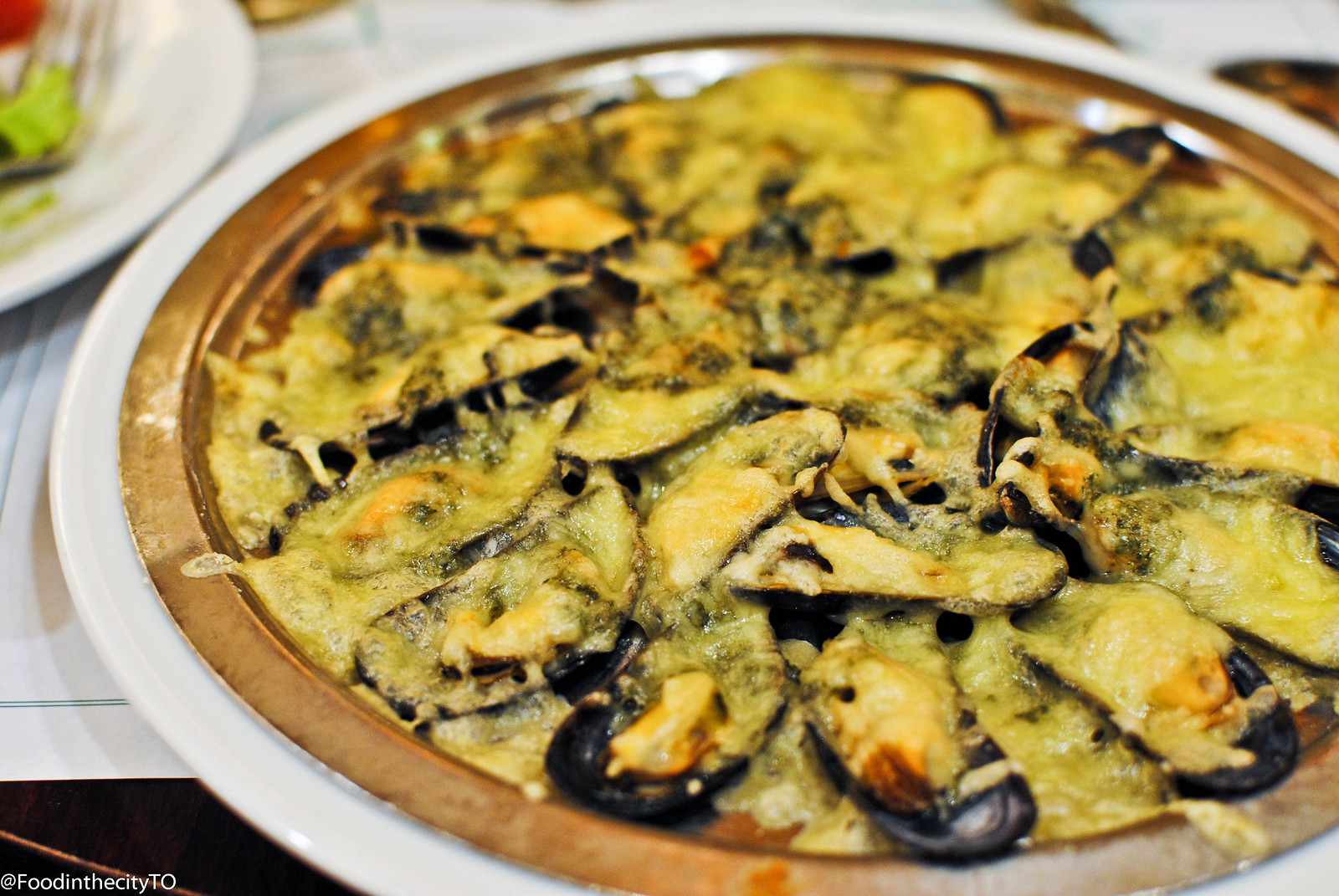 Thai food in Paris? Oui! We found Monsieur K on a food blog that recommended this Michelin Guide restaurant. I’ve never been to Thailand before but apparently Pad Thai’s are served in omelettes so I thought it was pretty neat for us to give it a try! Plus, we were in Europe for 3 weeks so at some point we were bound to squeeze in some Asian foods to fix that withdrawal 🙂 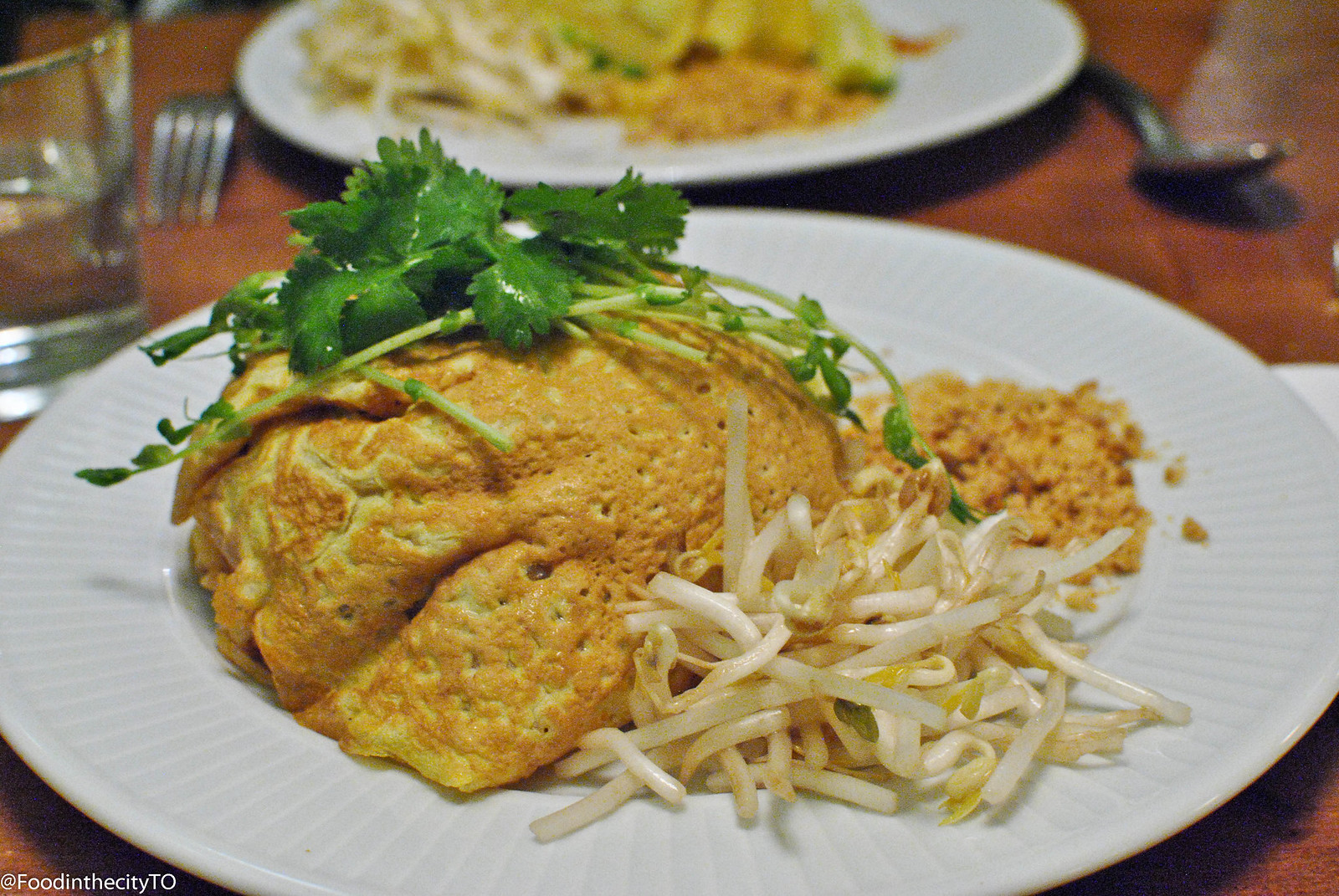 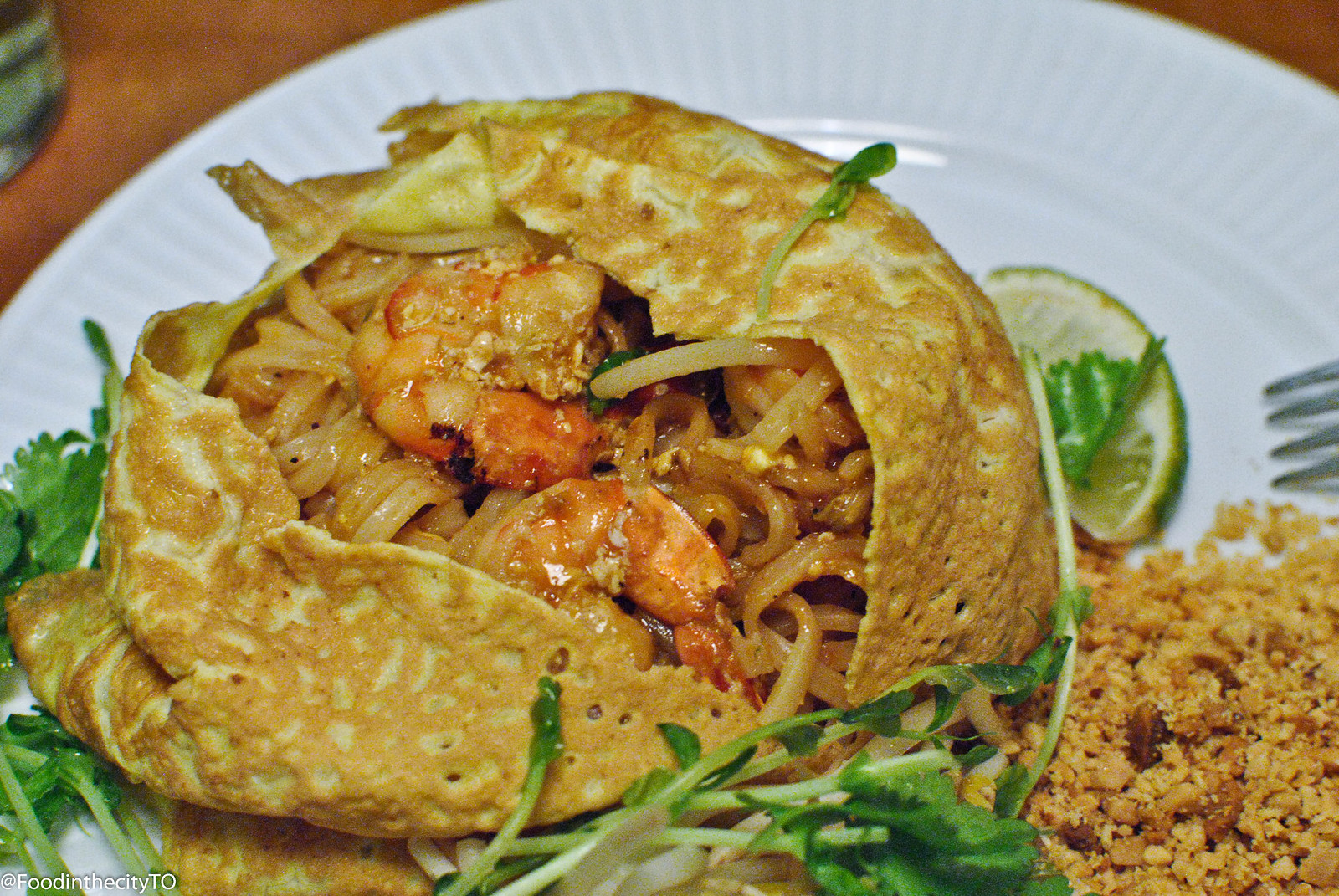 Parisians love their patios and so we managed to hit up a few random cafes whilst wandering around the streets of Paris. I highly recommend you try to do so yourself if you’re tired from a long day of sightseeing or shopping. We visited Cafes in Rue Montorgueil after ‘business hours’ one evening on a weeknight and it seemed quite the spot for locals to go to after work to relax and grab a drink. There are endless amount of restaurants and cafes with their amazing patios. 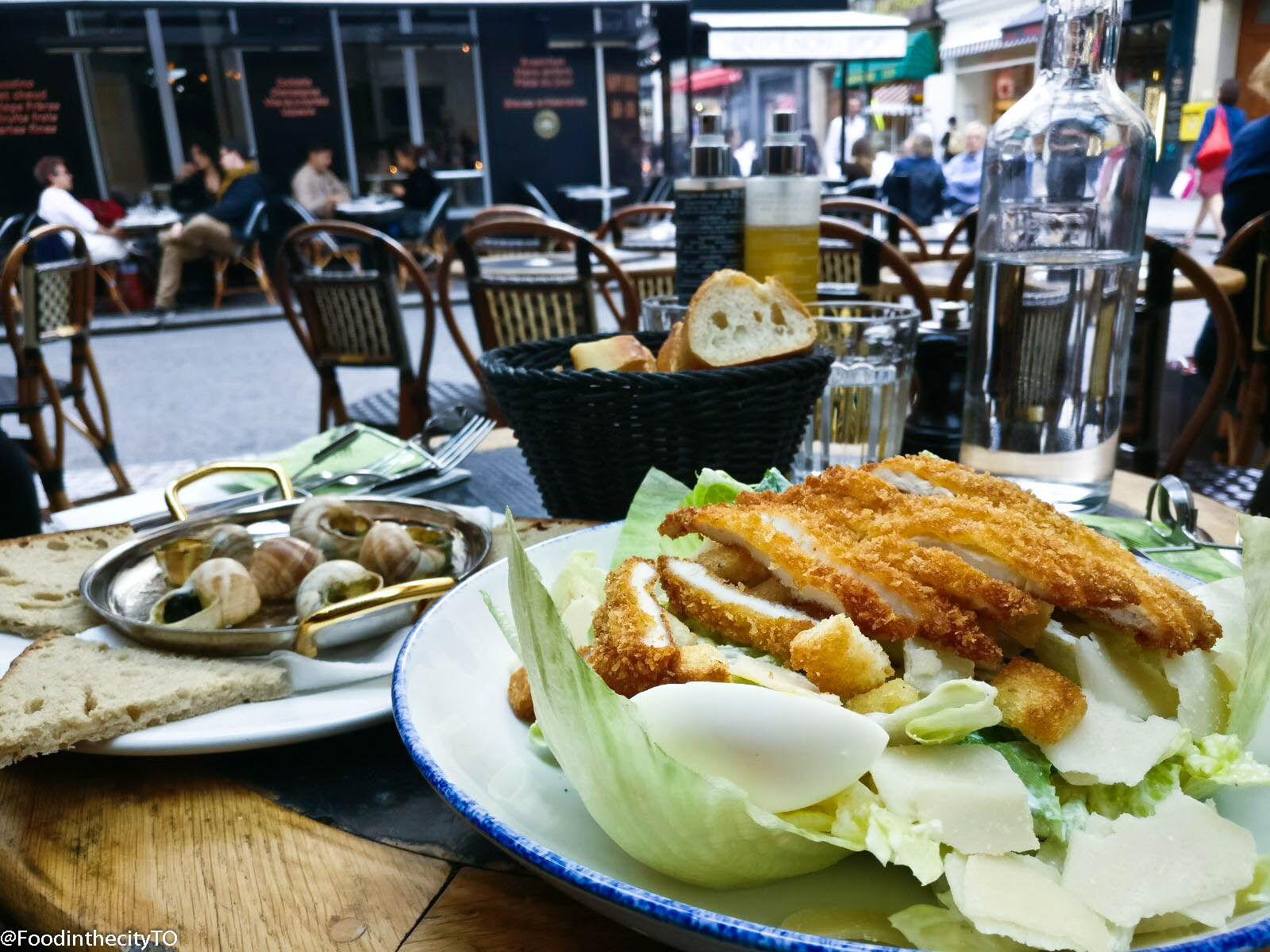 We thought it would be a nice break from trying French food for 2 weeks straight so we ended up at a restaurant called La Briciola that specializes in Pizza. The pizza menu here is quite extensive and if you’re craving for a simple  home made pizza – this would be the place. 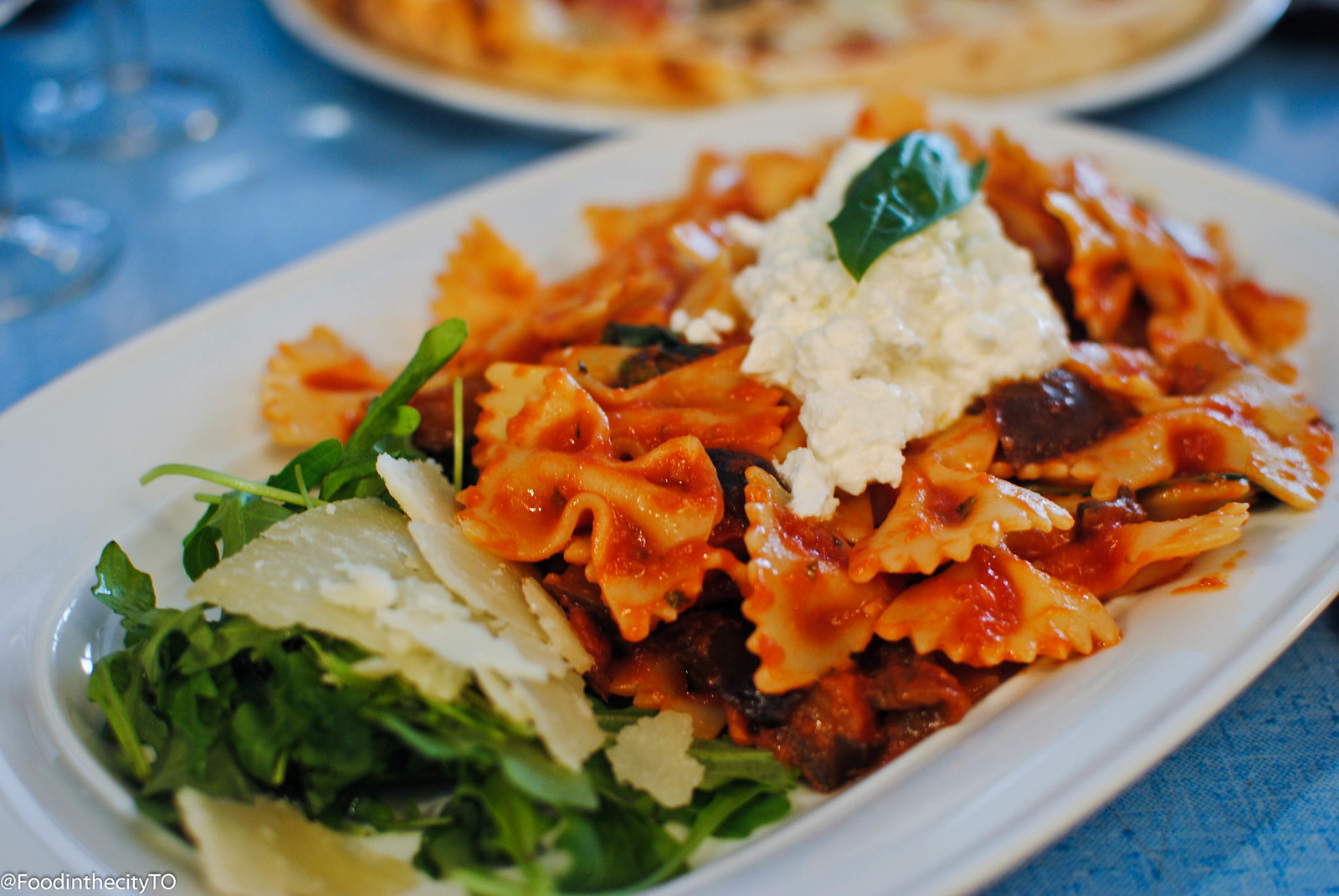 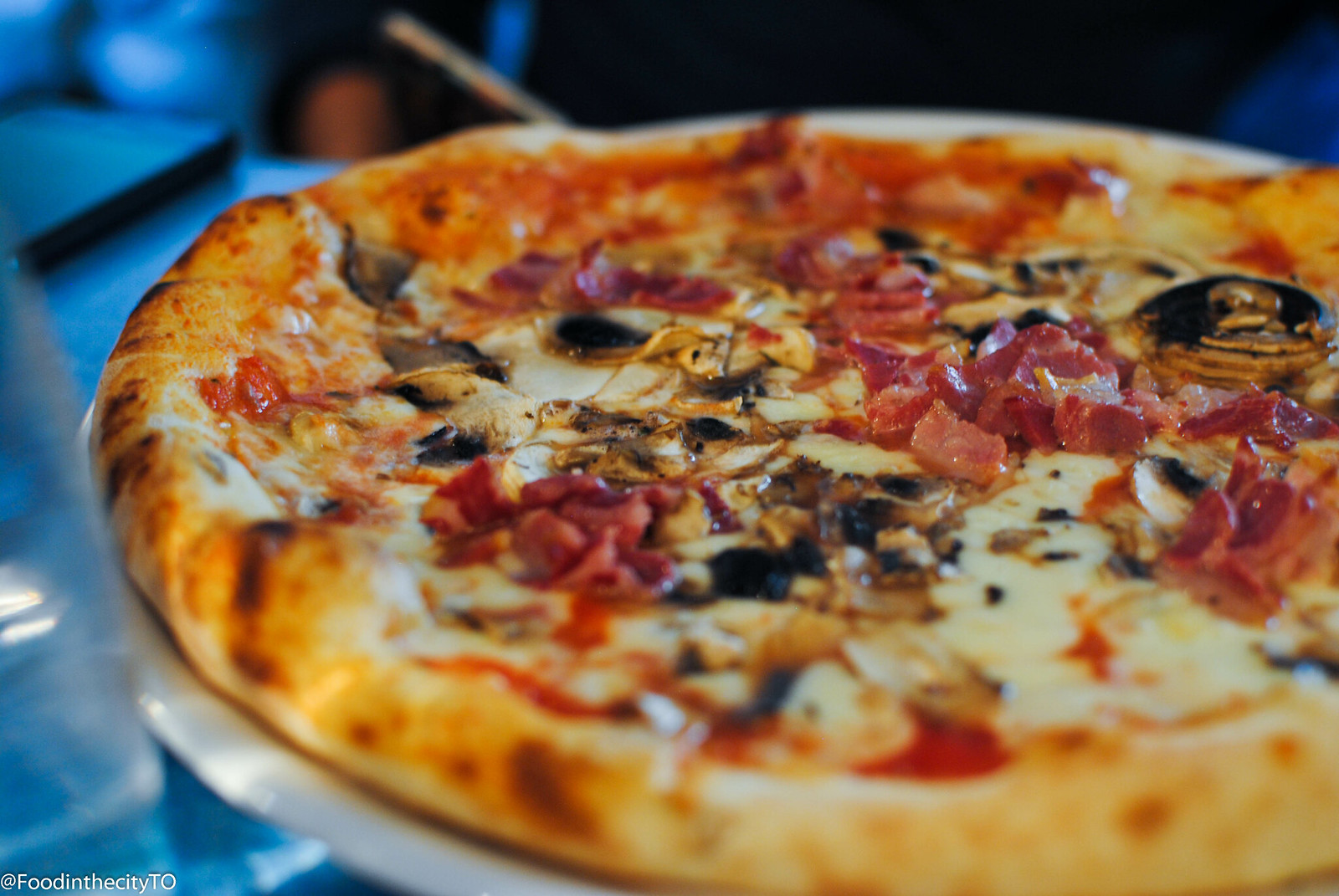 Sacree Fleur was another steak restaurant listed in the ‘best steaks in Paris’ blog that we were following. If I had to pick between Le Beouf Volant or Sacree Fleur, I would pick Le Beouf Volant just because the restaurant just gave a more local and vibrant vibe. The steaks at both restaurants, however, were both executed really well. Reservations are accepted. 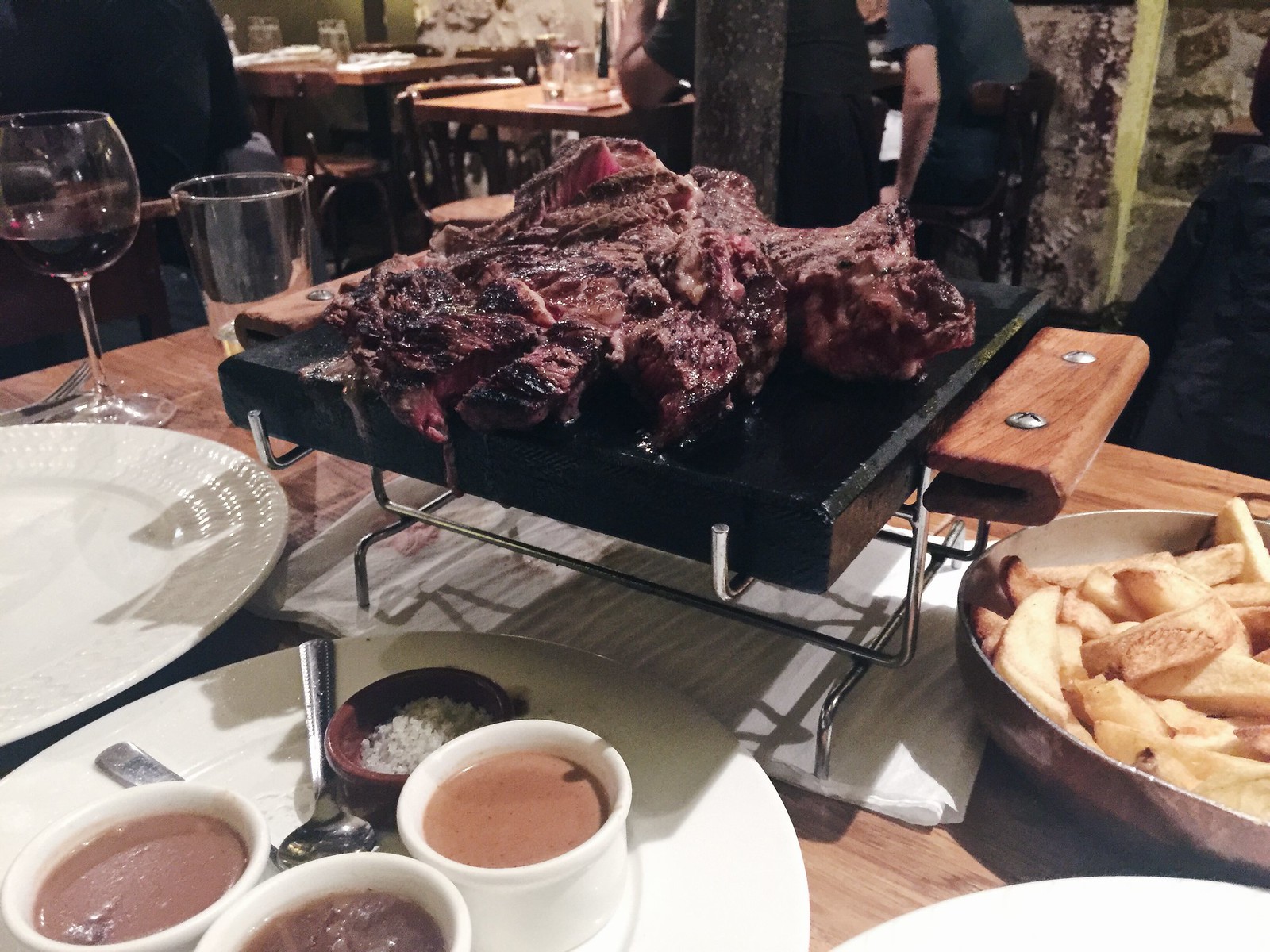