Last weekend, Toronto’s Festival of Beer (TFOB) celebrated Canada’s rich brewing history by showcasing experts of the brewing craft from all over the world! Presented by the Beer Store, TFOB is Toronto’s longest running and most legendary summer beer event ran from July 22 to 24 at Bandshell Park at the Exhibition Place.

We attended TFOB for the very first time on Sunday July 24th. We had an amazing time sampling the galore of beers &  simply enjoyed learning about some of the brewers that we’ve never heard of before. There were a total of 333 Brews and at least 16 + food vendors. 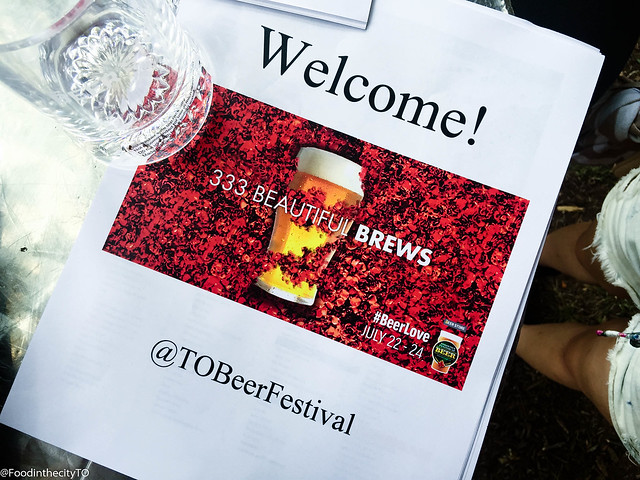 Upon entering the grounds of the festival, attendees are given a beer mug & a site map. The method of payment at the festival grounds are by way of tokens. Tokens are sold 20 at a time. 1 Token for $1.00. My friend and I decided to share 20 tokens at a time just in case we weren’t able to use them all. On average, most beers were 2 tokens for a full cup and 1 token for half cup. More than reasonably priced in my opinion. 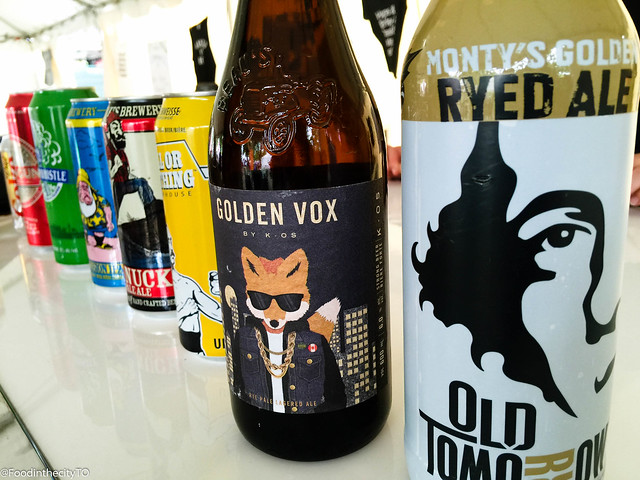 Inside the Media Lounge, they offered a few selections – 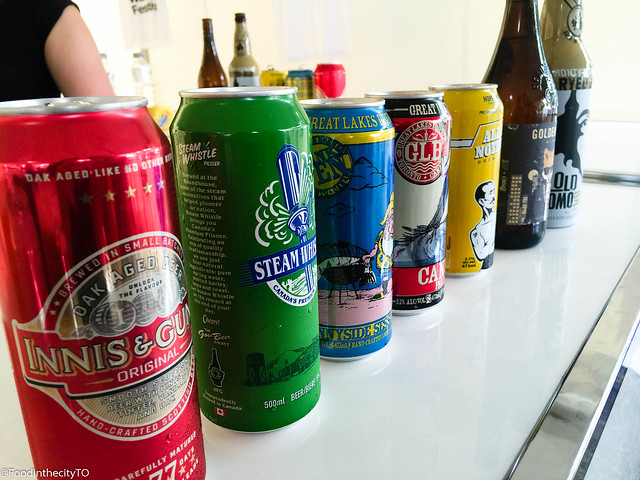 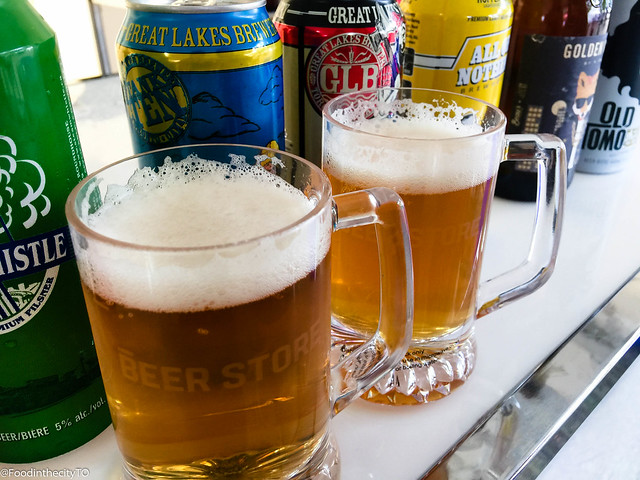 We ventured off the grounds and decided to walk around for a bit before impulsively purchasing everything. I snapped a few photos here and there. 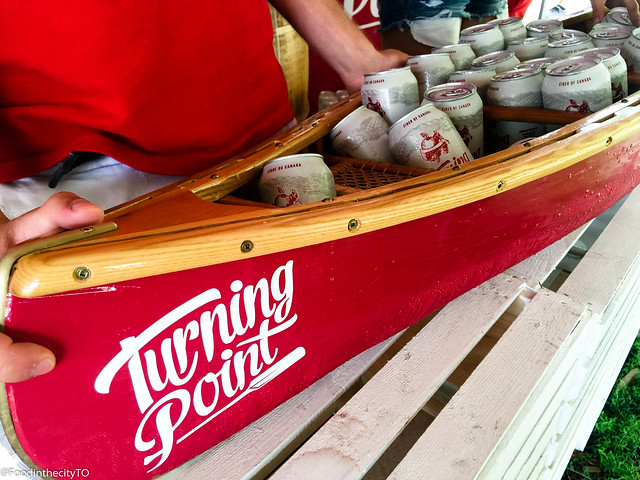 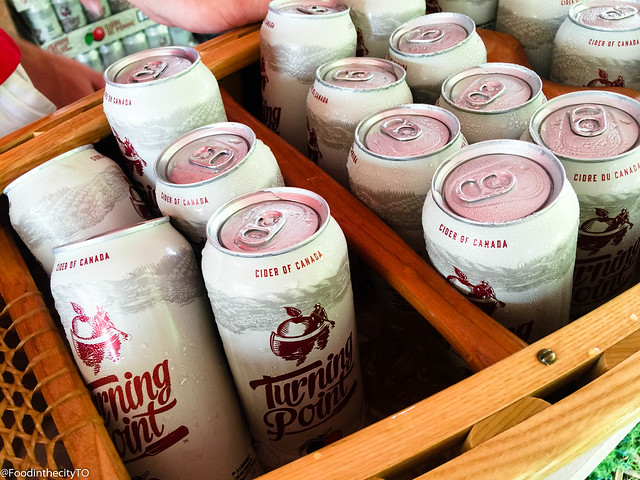 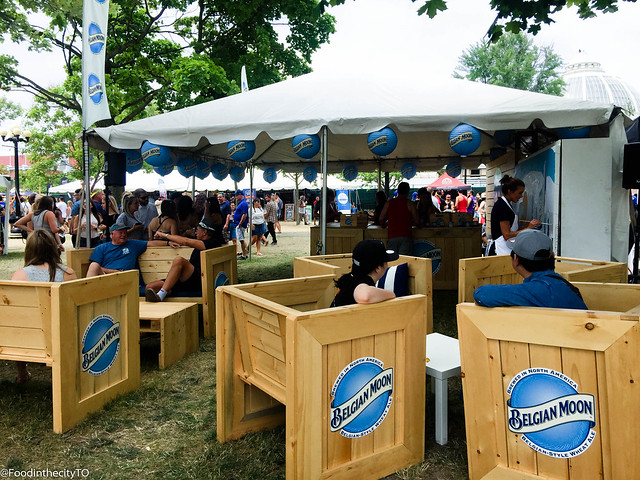 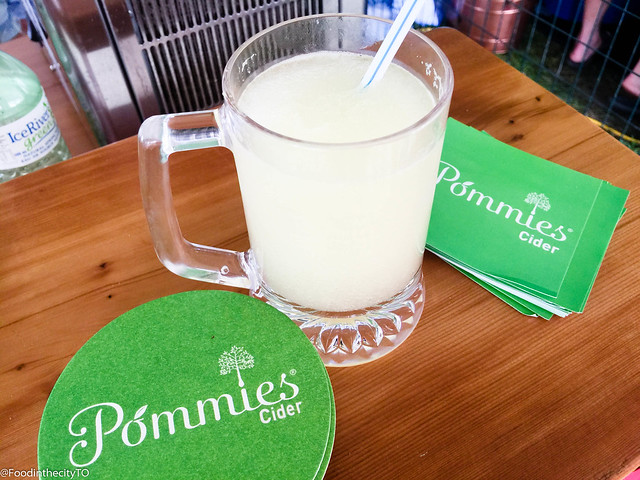 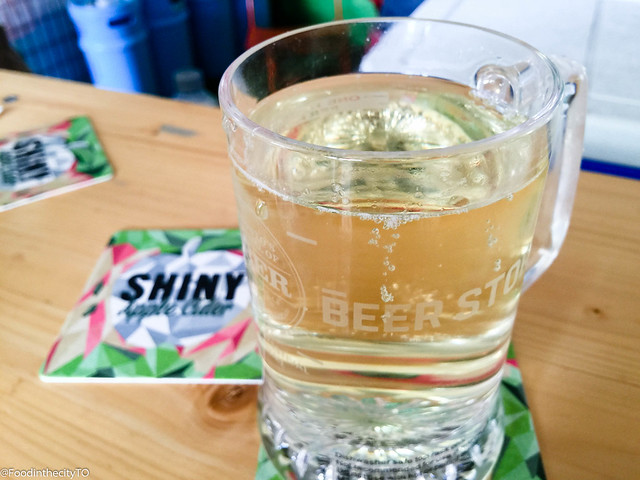 After a few beers, we decided it would be a great idea to start munching on a bit of food. 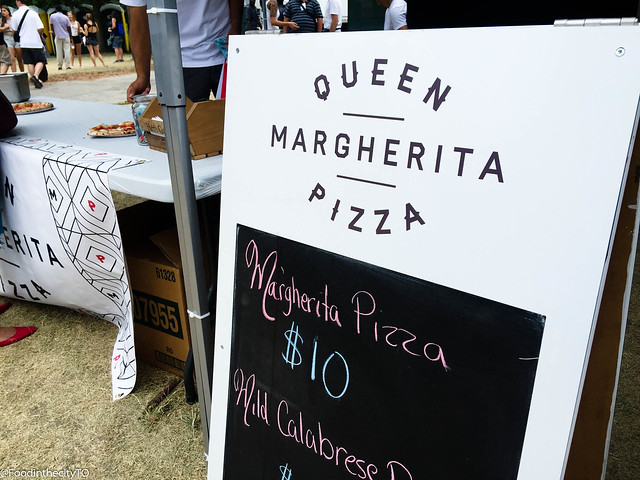 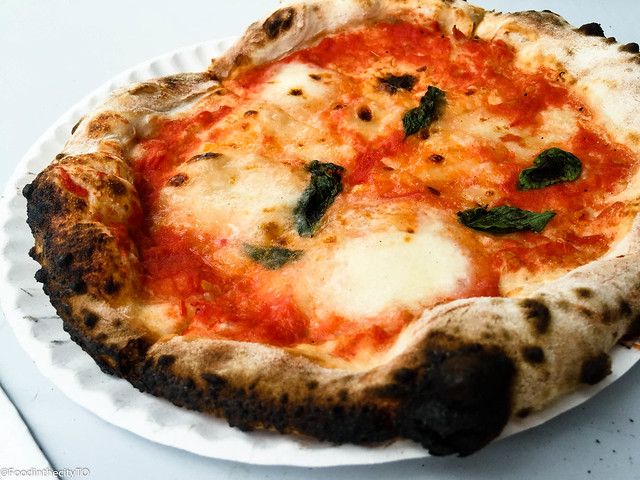 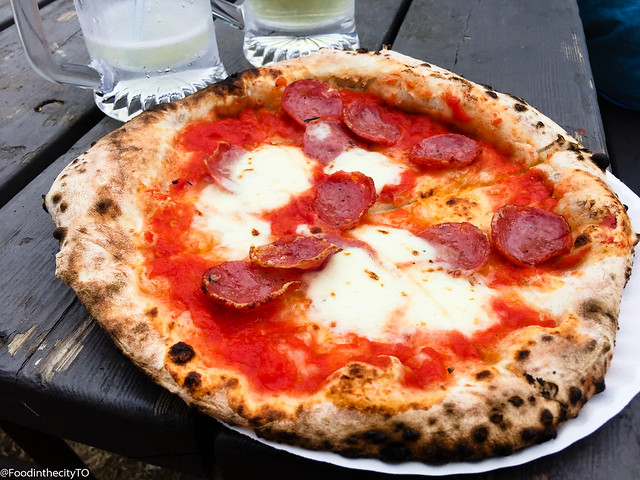 Sextant Craft Brewery – Why so Sirius? 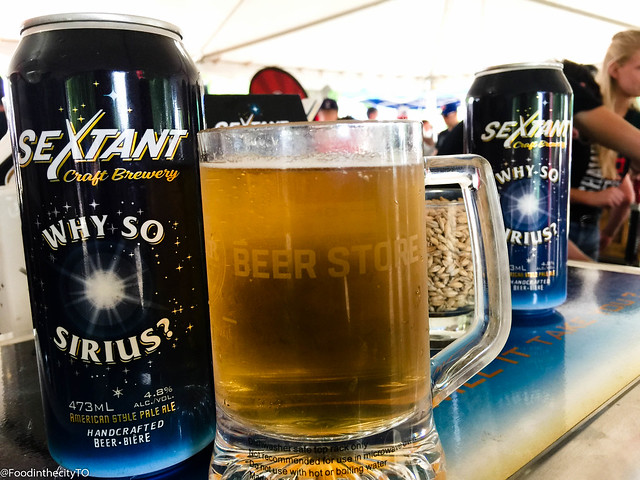 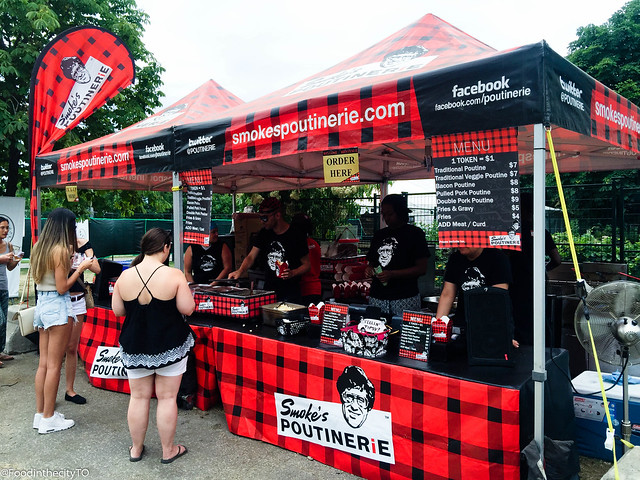 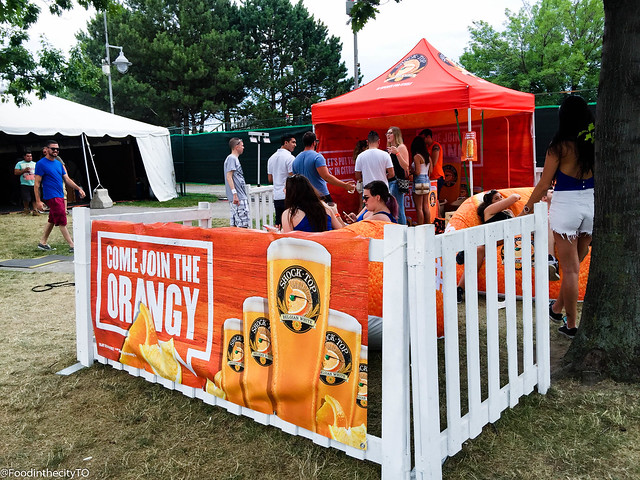 My friend who is a beer connoisseur was pretty adamant on having me try the Sweden Selections of Beer. 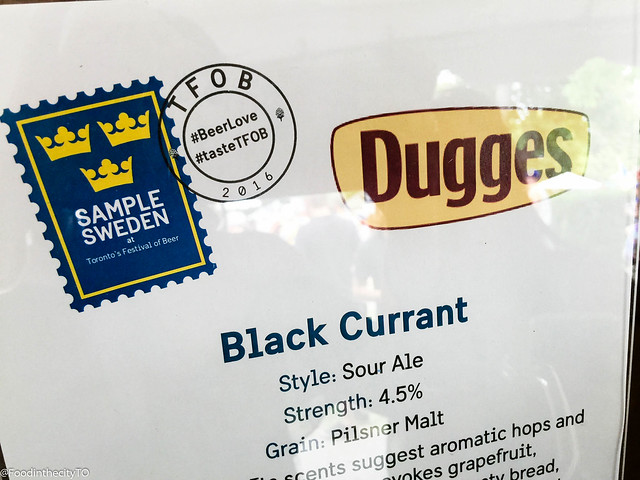 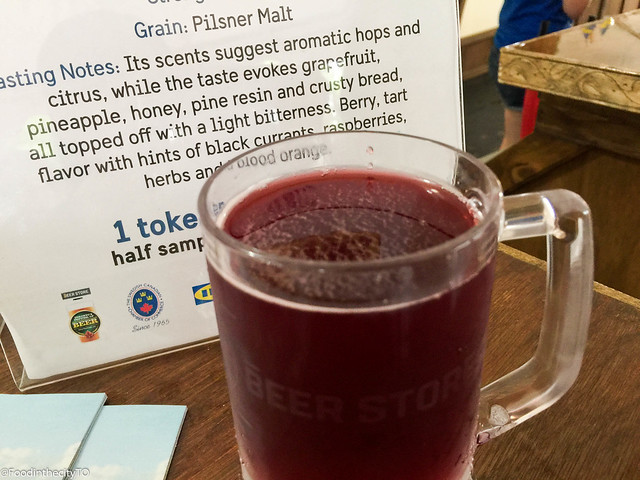 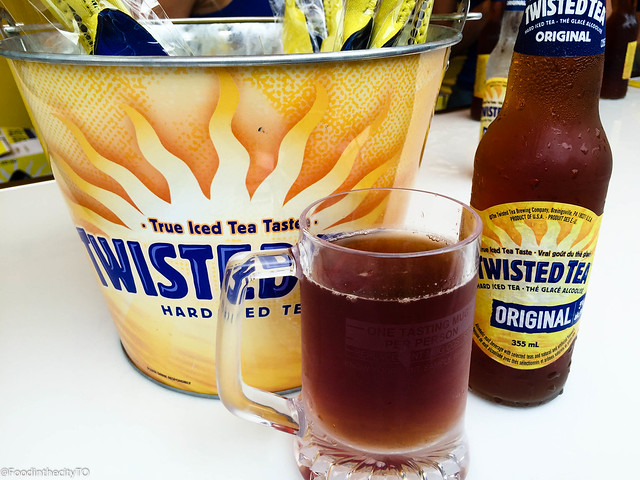 We decided to stop for another food break and found ourselves in a short line for some grilled cheese sandwiches! 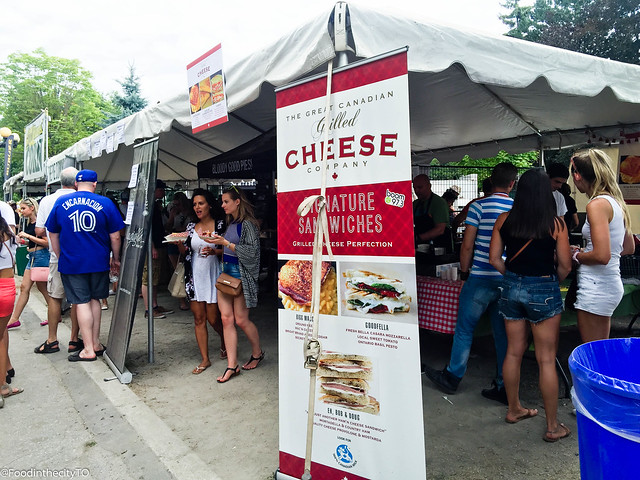 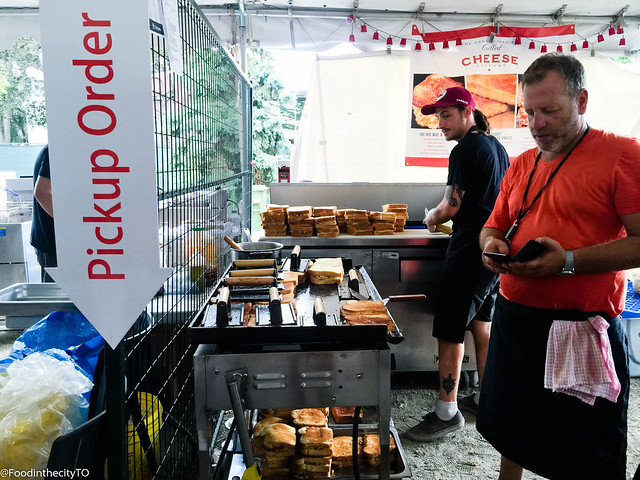 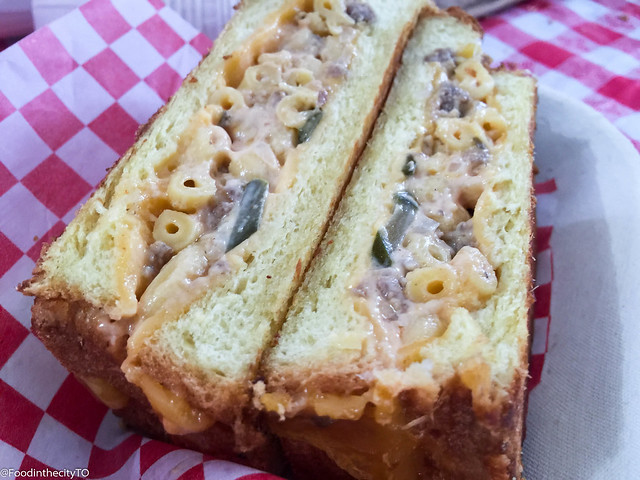 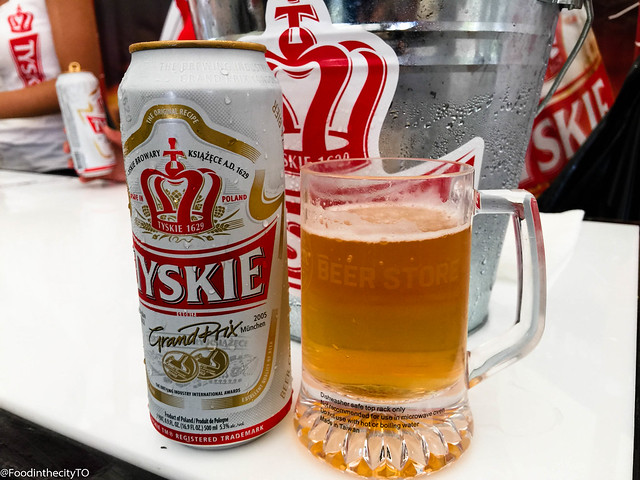 Last but not least – my favourite of the evening! 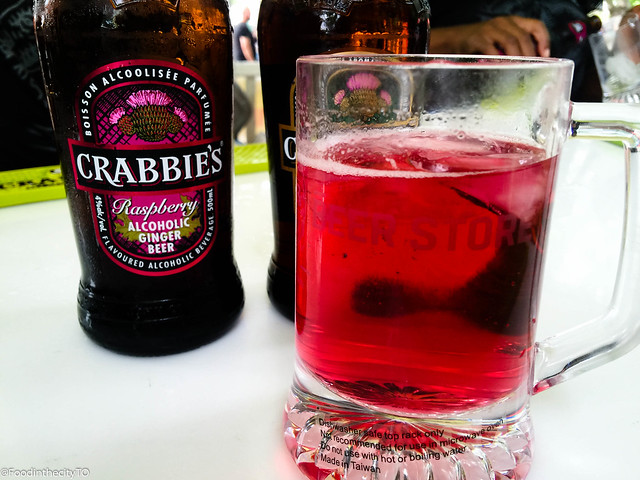 This was my very first TFOB experience and I can’t wait to be back again next year! I thought the event was well organized and line ups were at a minimal. There was more than enough beer & food vendors at the event that left me feeling a little bit overwhelmed when we first arrived at the venue. Beer selections were more than reasonably priced. I left this event with a few new favourites that I cannot wait to grab at the Beer Store!

Our admission to the event was complimentary but Foodinthecitytoronto.com remains unbiased in our content.